You know that saying? “Nice guys finish last.” I feel like that’s probably pretty true, at least for me. I swear I pushed away every nice guy that ever had eyes for me. You want to know what? I regretted it. Every. Single. Time. I remember each of their names too. There was Tim, Kyle, Greg, Kyle, Brent, and oh yeah, Kyle. (There seems to be a theme here.) Come to think of it, all of the “bad boys” I dated had similar names too. Remind me to stay away from anyone named Justin, Chris, or Ryan. (Hold on a minute, I’ve got to respond to this text from Ryan. Kidding. Maybe.) Okay, so where were we? Oh yes, I think we left off the last post with the fact that I had just pushed a nice guy away. Any guesses what his name was?

I met Bachelor #9 sometime in the middle of January. I had gotten away from using Tinder, and was trying out some other apps, when I got the notification that I had been Super Liked. Now remember, the people that Super Like me were always really weird, so I usually didn’t pay too close attention. However, this particular day I was curious to see who it was, and when I opened the app, I wasn’t disappointed. Bachelor #9 was a…wait for it…handsome single dad! I was shocked to see that someone “normal” had Super Liked me, so of course I liked him back. The rest was history.

Bachelor #9 and I met for the first time at a brewery. We shared a love for pizza and IPA’s so it was a great first date. We were both nervous but managed to keep the conversation moving and had a really nice time. We met for a second time at a restaurant, and for some reason, felt compelled to share our life stories. He was really easy to talk to and I knew I wanted to see him again. He was the first guy I had seen that actually wanted to have real conversations on the phone too. It was nice to be able to get to know someone through more than just texting. I swear, people are so far removed anymore that the thought of getting to know someone through anything other than texting has become taboo.

Date number 3 was Valentine’s Day. I had never before had a Valentine’s Day date, so it was kind of special to me that I did. We didn’t do the candy and flowers thing. We actually tried to go to the brewery where we met, but they were booked, so we went to dinner down the road. We had a nice time, and spilled some more of our baggage to each other. I don’t know why he seemed so easy to talk to, but I felt very comfortable with him, and freely talked about anything that was on my mind. We met again for date number 4 for dinner before I freaked out and pushed him away. Although he was great, I just felt like something was missing, and I wasn’t sure I wanted to pursue anything further with him.

About a week went by before I realized I had probably made a mistake. I started to think about Tim, and Kyle, and Kyle, and Kyle, and wondered if I was really giving this guy a fair shot. I messaged him that I missed him, and my friend sent him a silly picture of me. It’s a good thing she did, because he had deleted my number and didn’t realize who it was that was missing him. He said he missed me too and we went on date number 5.

Bachelor #9 and I proceeded to see each other for about 2 months. We went on lots of dates, had many good conversations, and even got to the point that we decided we wanted to delete the dating apps and be exclusive with each other. I still felt like something was missing though, so I pushed him away again. I had a really big struggle between my head and heart. My head kept telling me that this was the kind of guy I should keep around. This guy could give me the world. He treated me better than I had ever been treated before. My heart kept telling me something was missing. I decided to listen to my head for once, and continue seeing him. It wasn’t long before my heart was nagging at me again though, and I had to make a really tough decision.

You’re probably wondering why I’m not going into too much detail here. You’re also probably wondering why it took me so long to write this. I had finally met someone who was everything I was looking for. I kept pushing myself to see it through because he was the type of guy you keep. Everyone kept telling me that I’d regret losing this one, so I kept trying to make it work. But, the truth is, there was still something missing. No matter how hard I tried to get past it, I had to accept the fact that this great guy just wasn’t MY great guy. In the end I had to let him go, and I really hurt him. That’s why it took me so long to write this. I had to get past the fact that I had hurt someone, and that is just as bad as getting hurt yourself, maybe even worse.

This was the closest I had gotten to a relationship. It helped me to see that there are really guys out there who will treat me with respect and kindness, and make me feel safe. It gave me hope that if this guy was this great, imagine how incredible MY person is going to be! I have grown so much over the past few months, and I am so proud that I’m able to recognize my worth and walk away from something that isn’t for me. That’s huge y’all, because I’m never settling again. Unless it’s truly amazing love, I don’t want any part of it. I’d rather just stay single.

I feel like I’ve reached another season in my life now. I did the grieving, I did the growing, and I did the dating, but to be honest, I’m kind of over it. I’m over the dating scene. I’m over the superficial-ness of the apps and awkwardly meeting up with someone new. I’ve finally reached that place where I’m content with being single. I’m happy with where I’m at, and I’d rather just meet someone the “old fashioned way.” I want something real, and I don’t think I’m going to find that on an app. While I patiently wait for life to have the man of my dreams run his shopping cart into mine, I’ll write about other things. I know, the funny dating stories were a blast, but at some point they have to come to an end. Of course, if I end up meeting someone though, I’ll be sure to tell you all about him.

I almost forgot! I promised to tell you what his name is. Did you figure it out? No, it isn’t Kyle.

PS: If you’d like to keep up with some of my other writing, check out my new Instagram page! 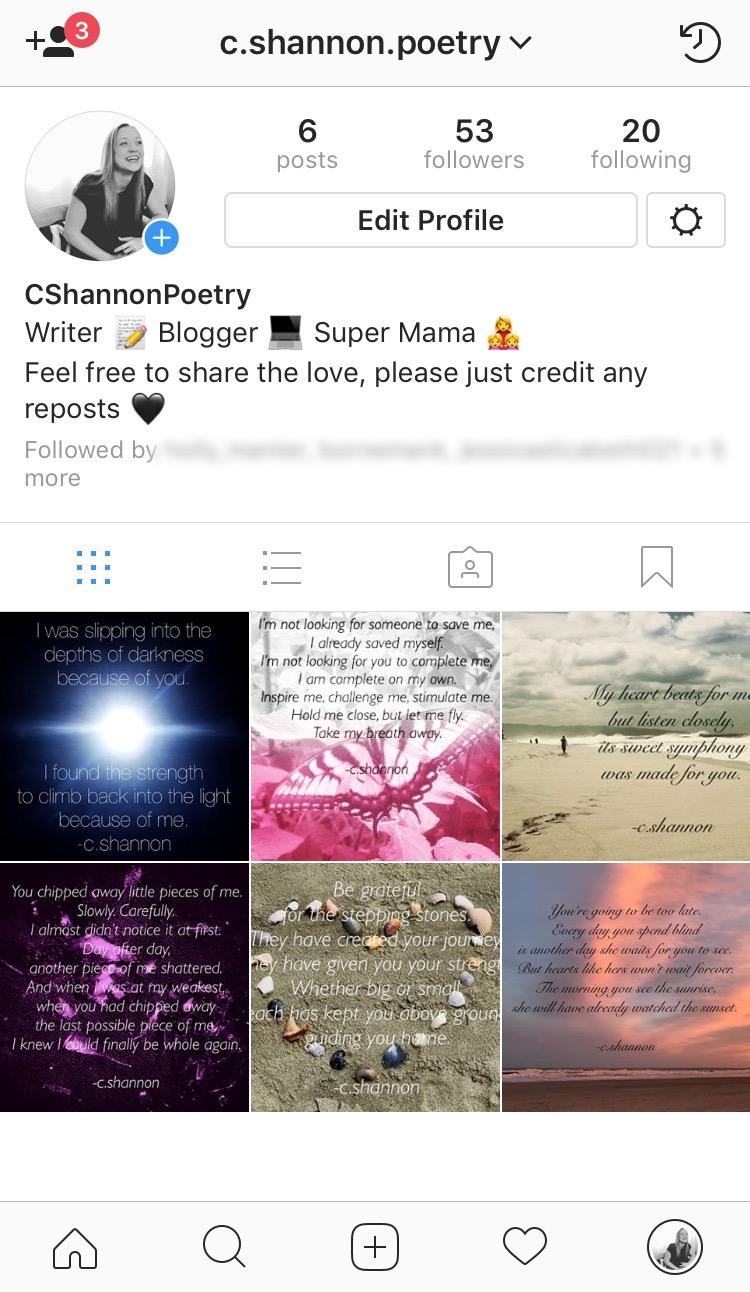 View all posts by cshannon86